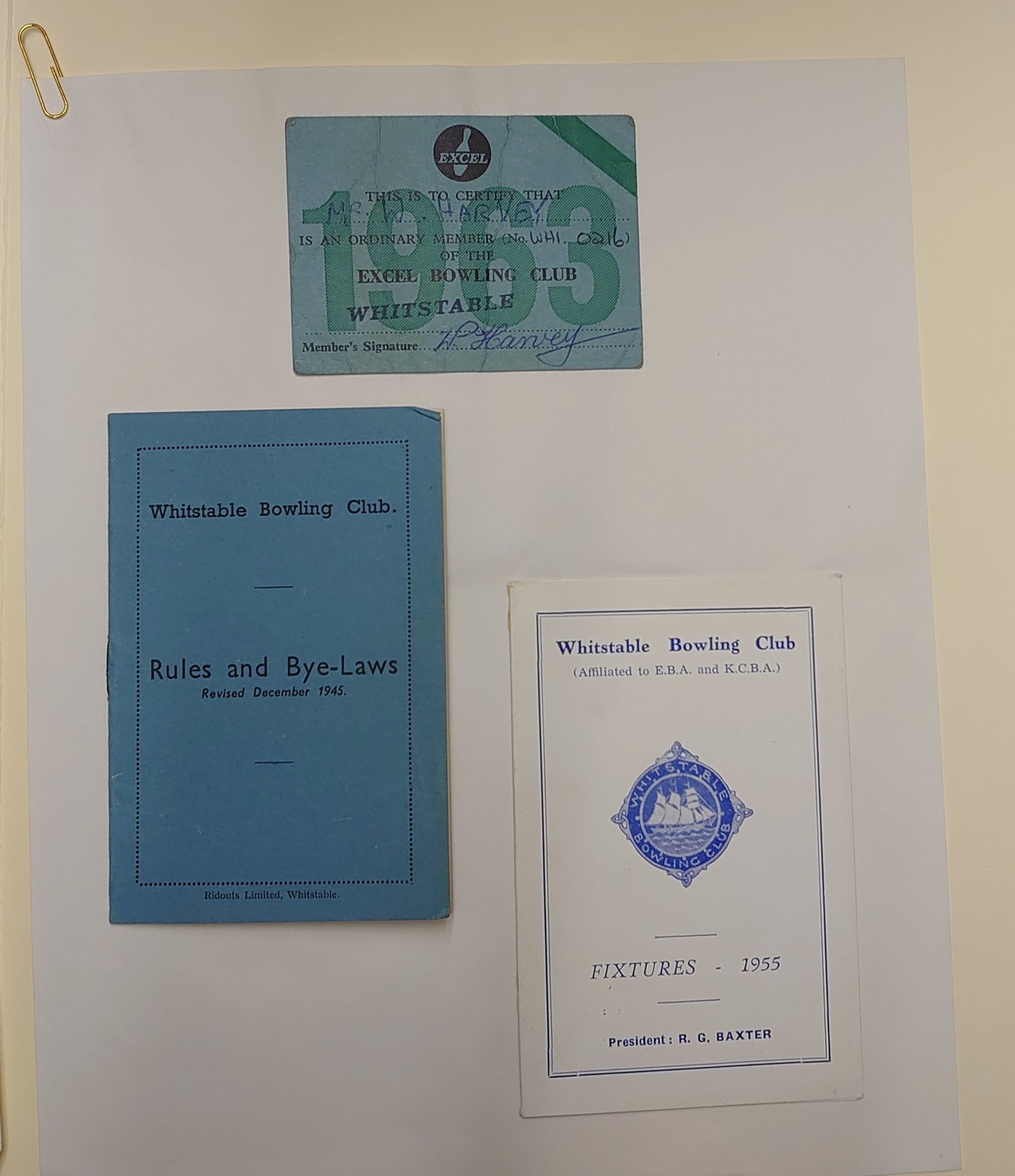 Wallace Harvey was a local historian and in 1955 he was also a member of Whitstable Bowling Club.  In Canterbury Cathedral Archives and Library is much of his important work, along with a couple of items relating to our club.  Their is a Fixtures Book from 1968, a Membership Letter with your cost of membership from 1968 and a Rules Book going back to 1955.  I would like to say a big thank you to Canterbury Cathedral Archives and Library and in particular Daniel Korachi-Alaoui for all his help. The enclosed photos are of the genuine documents held in the archives.

I have also managed to find out that there was also a Bowling Green in Chestfield,  which was set up by the developer George Reeves, in the early 1930s on land to the north of and adjacent to the corner of Chestfield Road and Molehill Road. Reeves went bankrupt in 1938 and at some point before 1945 the new owners sold the land for housing, although by the 1960s it had passed to what is now BT who built an office and connection unit on the site. A picture of that can be seen in the above photos.